Alan has spent most of his working life in this industry. He was hired by GT Exhaust as a welder and was promoted shortly after to supervisor. Alan joined inExhaust shortly after the company opened. Since then, he has seen the shop grow from 2 employees to 15.

Favorite superhero:
Me. I’m my own superhero.

What is something most people don’t know about you?
I have a scooter fetish. I see a scooter and have to buy it. I can’t sell them either, even though I don’t ride them.

What do you like to do in your free time?
Besides scooters, I enjoy rebuilding motorcycles. When I was young, a neighbor gave me an old, broken one. It was the first one that I took apart and rebuilt. That’s how I learned. 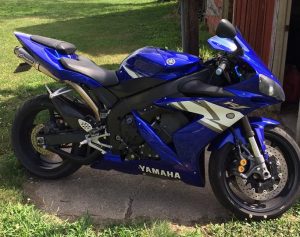 Pictured here is Alan’s current favorite motorcycle, though he did not build this one.