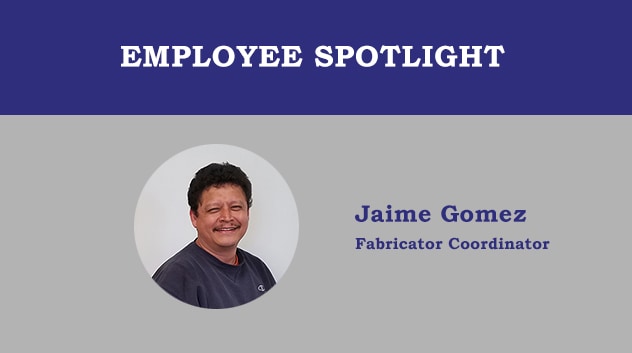 Jaime came to Nebraska in 1996 and one month later began cleaning mufflers for GT Exhaust. Eventually, he moved to the fabrication department and later learned how to weld. Jaime joined inExhaust in 2018 as a welder, but is currently the Fabricator Coordinator.

Jaime is a self-described workaholic and states that he has worked two jobs for over 30 years. Recently, Jaime relinquished his second job so that another employee wouldn’t lose theirs due to the Coronavirus pandemic.

What is something we might not know about you?
Before working at GT Exhaust, I installed flooring and counter-tops for over 10 years.

What is your least favorite food?
Mayonnaise. I also don’t like mustard.

If you could have any ability that you don’t have now, what would it be?
A bird. I would love to fly and be free.